VISION OF A SOCIAL EVOLUTION 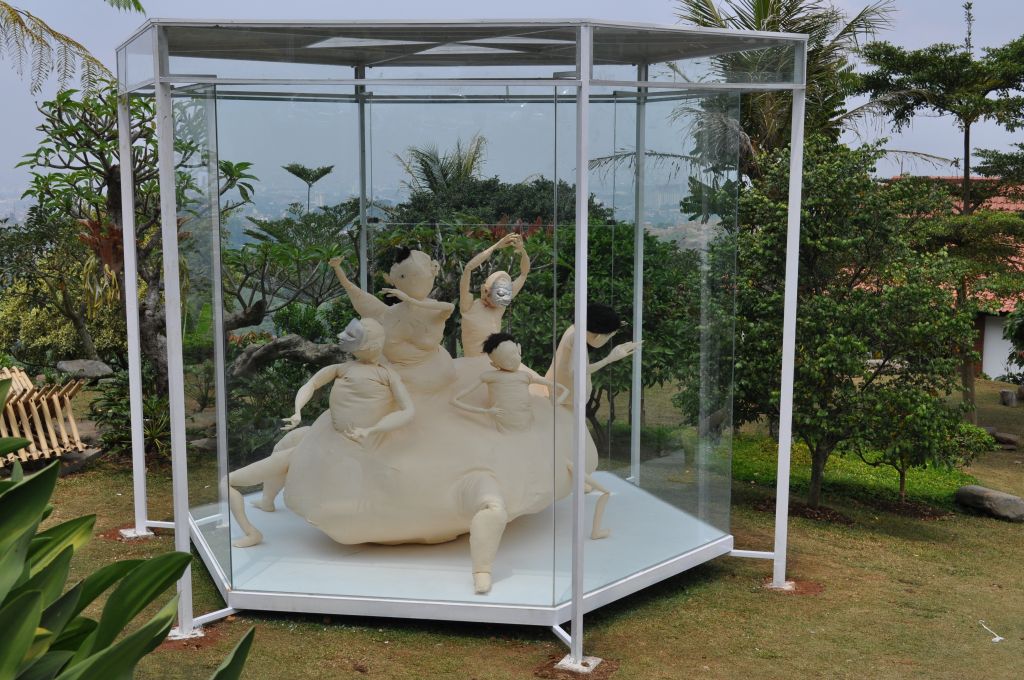 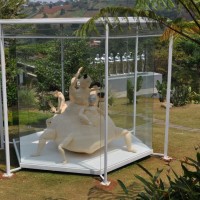 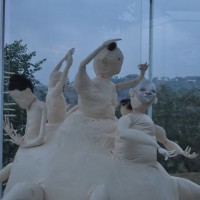 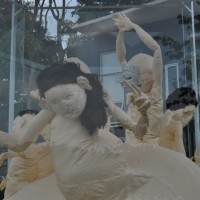 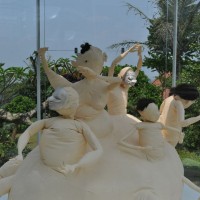 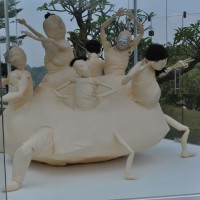 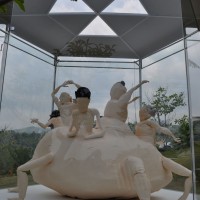 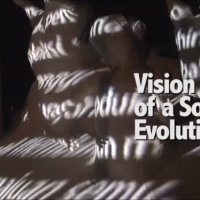 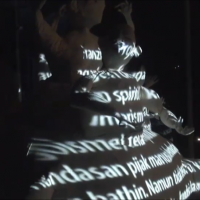 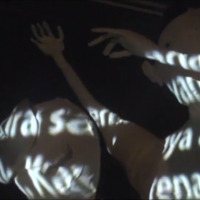 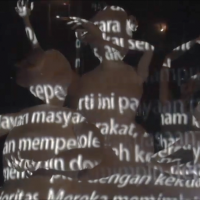 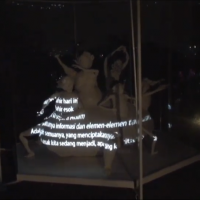 Vision of a Social Evolution
Despite humankind’s great progress, especially in the field of technology, it is difficult for people to have a conviction of a better future. The inequality between the capital of advanced nations and those of developing and poor nations has led to economic colonialism, as well as the control of natural resources by capitalists. Capitalism, through consumerism, has pushed people to consume excessively, to put personal interests ahead of social and environmental concerns. These are believed to have contributed to earth’s degradation. Of course, we cannot say that the world today, or tomorrow, is a mere dystopia; but it is certainly difficult to hold onto a utopist’s outlook regarding mankind’s future.
Franziska Fennert is an artist who is very aware of this issue. Despite her anxiety, she refuses to despair. On the contrary, her work for the Vision of a Social Evolution project, despite admittedly representing the ugly side of current world situations (as inflicted by mankind), still shows a strong conviction that our world can walk a better path. Franziska’s work is based on a critical stance against the economic-, political-, and social-system currently prevailing throughout the world, a system controlled by capitalism. The figure of Franziska’s canvas puppet, which appears like a mutant, can be construed as an image of modern man’s greedy attitude.
Activist and participatory in nature, by involving the contributions of other thinkers, Franziska shares her concern with others and acknowledges their concerns in return. Franziska’s work—to appear permanently at Lawangwangi—will serve as a reminder and a trigger that reaches out to the audience, so that they can choose a way of life that is better and more responsible, for the sake of humankind and the environment. It does not have to be revolutionary; instead changing slowly, but surely.

Loop of the submitted visions of a human society of tomorrow 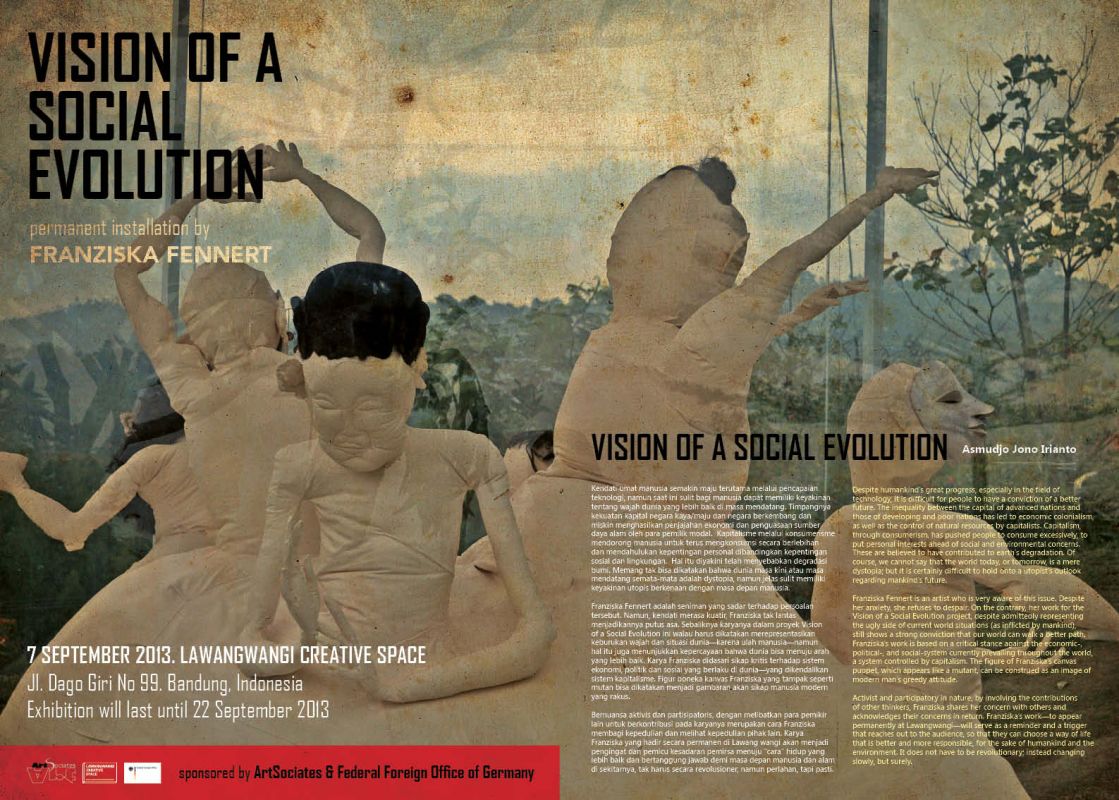 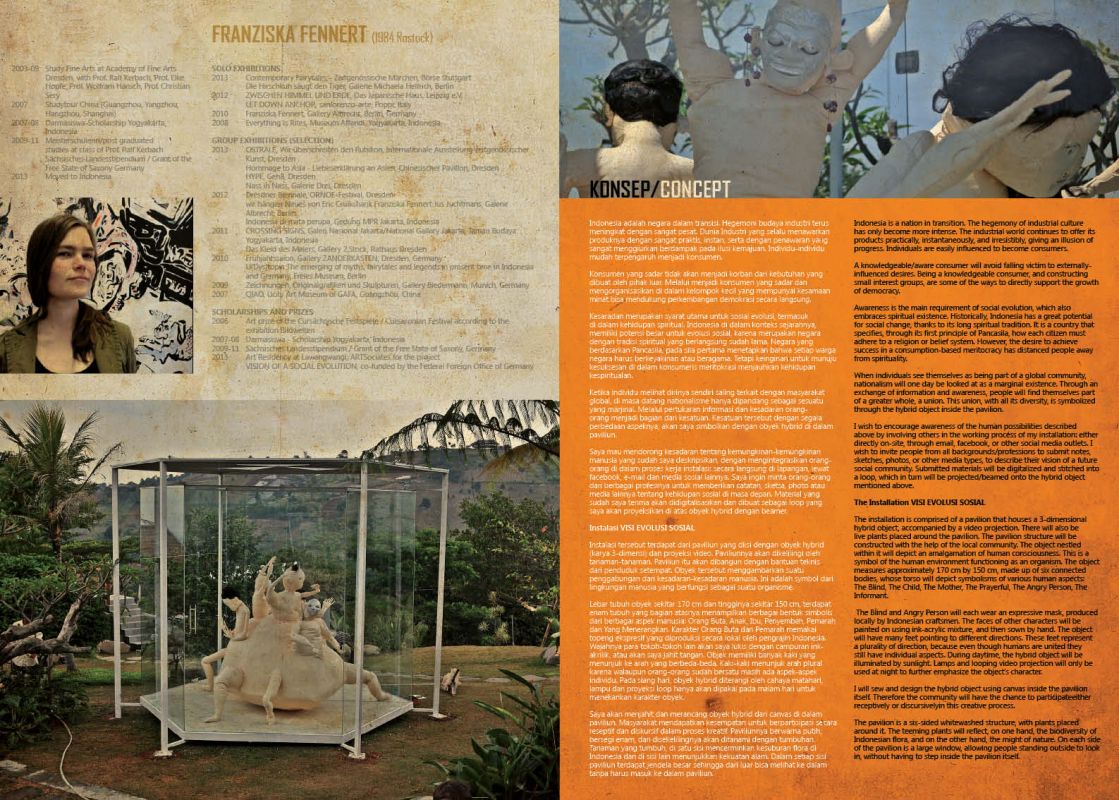