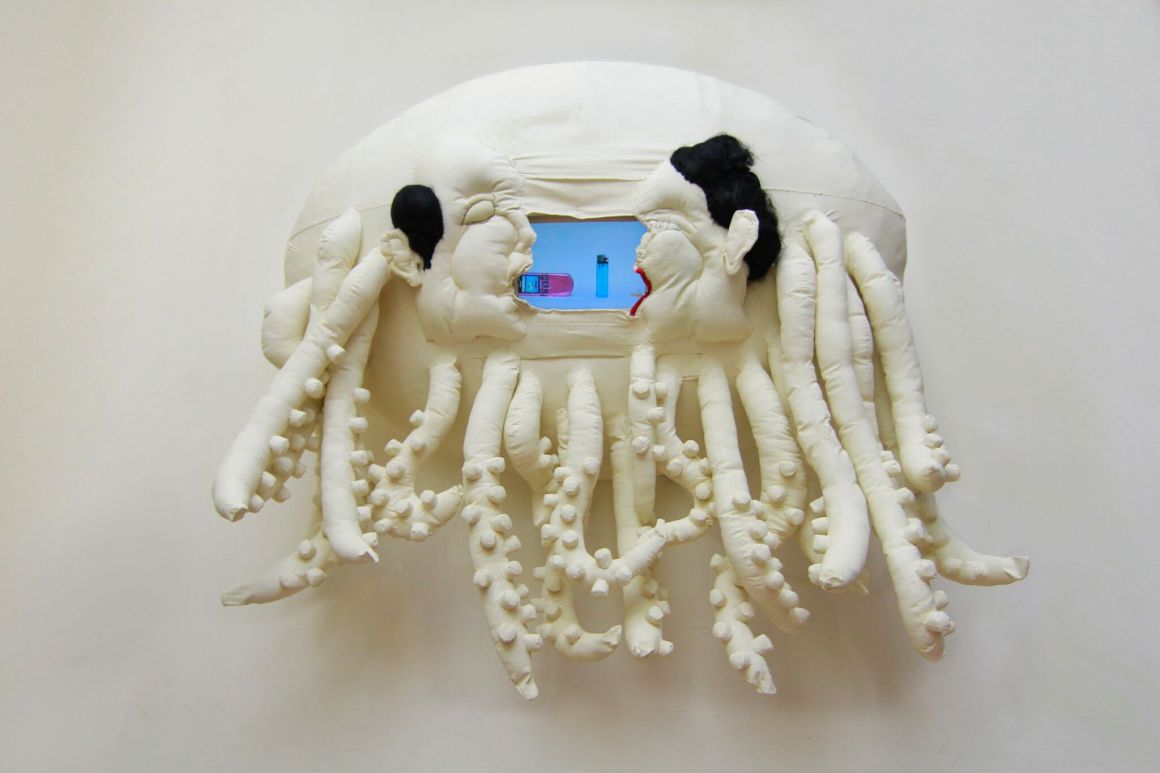 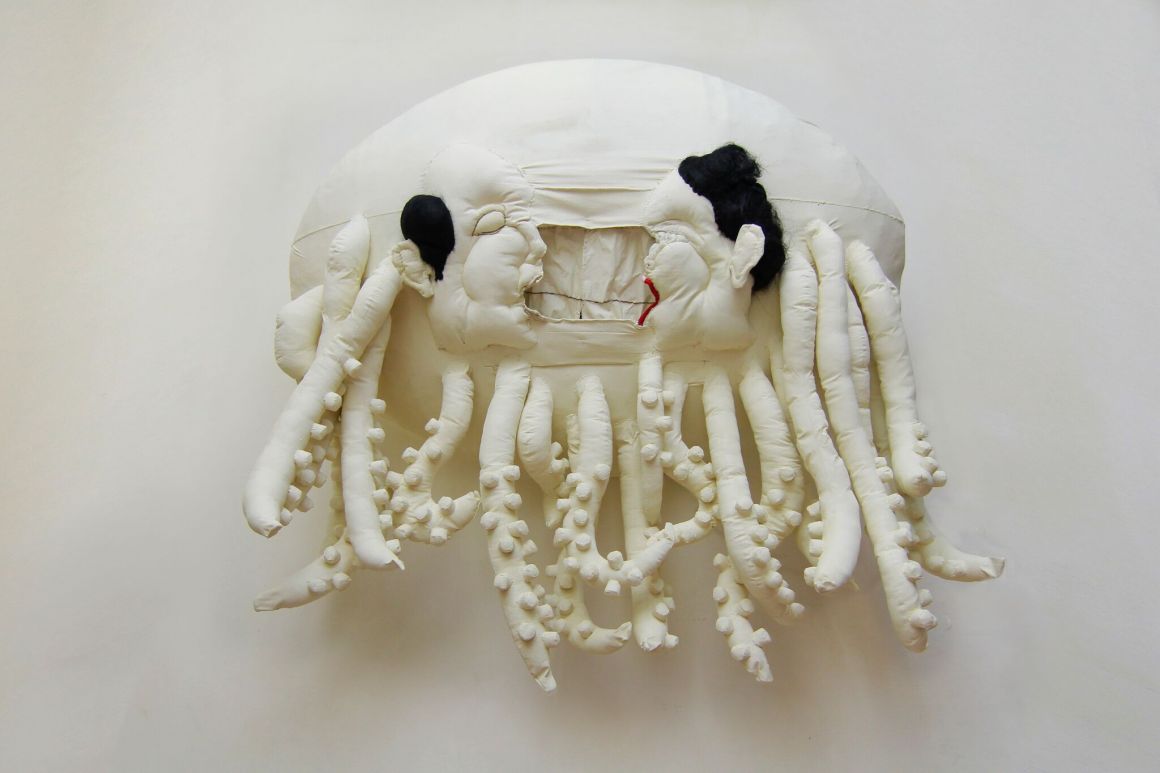 The work is a sewn multimedia wall object with the basic shape of an ellipse. Two heads with wide open mouth are stitched on the arched ellipse. Between the mouths, at intervals of 30 cm, a stop-motion-animation operating on an integrated LED-TV-screen, contains
day-to-day items (books, cars, clothing, matches...) , that people demand from one another directly or indirectly, to say the metaphorical sense behind the objects.
The objects move in a loop on an invisible line from the left mouth to the right mouth and afterwards other objects from the left mouth to the right mouth. Squid arms are attached to the complete lower part of the ellipse. The squid is a highly intelligent species with the ability to camouflage, ¾ of its brain are located in the arms.
In terms of the octopus camouflage, the source of our needs or desire can be concealed and might be no product of our thoughts or of a clear mind. Often a desire or need is created by an offer in advertisement, social media or by values which, transported in movies or mass media, emphasizes the industrial culture, which we live in.
The movement of the objects, who fluctuate between the faces, is accompanied by a monotone clicking noise. “Fluctuating needs” shows poetically, how we demand from each other physical and immaterial items. The audience is invited to touch the surface of the squid arms.

The work was shown at Artjog 8, 2015, Taman Budaya, Yogyakarta, Indonesia